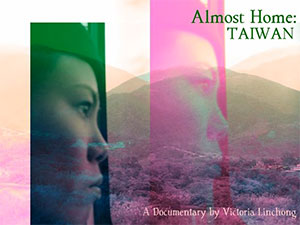 Bates Meyer is working on music clearances for the documentary film “Almost Home: Taiwan,” which features several contemporary Taiwanese singer-songwriters. Part family travelogue, part historical essay, the film seeks to contextualize the debate on Taiwanese independence and expose the troubled relationship between Taiwan, China and America at this critical moment in time.

Saxophonist Ernie Watts heads back to Europe to join friend and legendary jazz drummer Billy Cobham’s Crosswinds Project at the Jazz No Jazz Festival in Zurich on November 2. The run of dates starts in London on Oct 30, and includes concerts in Innsbruck (Nov. 3) and Ingolstadt (Nov. 4). Watts then leads his own quartet for shows in Germany, France and Spain, November 16-December 7, ending up at Topaz studio in Cologne for Watts’ next recording.

Diane Schuur is scheduled to play Jazz At St. James, a festival in Austin, November 3-5. Her appearance includes a Sunday morning Jazz Mass where she will be joined by a full gospel choir. Before heading to Austin, Schuur stops at the Dosey Doe Music Barn in The Woodlands, north of Houston on November 2 where her show will be part of a benefit for Hurricane Harvey Relief. On January 18, she performs at the Tucson Jazz Festival, with a return to Southern California on January 20 at The Moss Theater in Santa Monica.

The Steve Schour Memorial Fund in conjunction with the Open Sky Music Foundation, Inc. will be making its first educational grants this coming November 2017. $2500 in grant awards will be given to Big Bear Lake high school students pursuing individual academic and arts studies in addition to their current curriculum.