A California nonprofit 501(c)(3) public benefit corporation, the Open Sky Music Foundation was established for educational purposes. Its goals include educating and informing the public about culturally diverse, historical forms of music as well as providing fiscal sponsorship to a number of projects that exhibit artistic and educational vision. The foundation is involved in presenting blues, jazz and folk music via special events and instructional workshops. The Open Sky Music Foundation is funded by donations and by the Richard K. Bates and Nancy Meyer Living Trust. 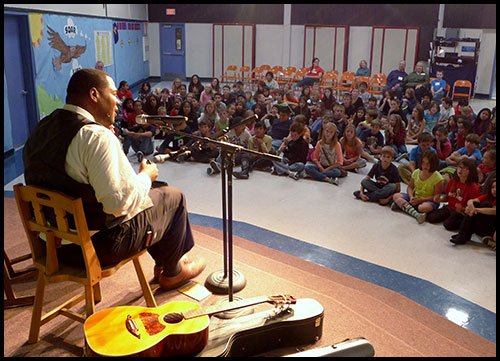 The Open Sky Music Foundation combines music and American history for its Blues In The School workshops, which feature both lecture and performance. Music is an international language that all cultures understand, an underlying theme of the foundation’s workshops.

The presentations offered to public schools focus on a variety of music subjects including self-expression, world harmony, songwriting and the evolution of musical instruments. The workshops are offered at no charge to the schools and have involved all levels and ages of students from elementary schools through high school.

Heritage Music in the Mountains

The Open Sky Music Foundation produces concerts in unique settings, from lakeside festivals to intimate house concerts.The organization curated the musical program for the annual Blues For the Zoo fundraiser with proceeds going to the Big Bear Alpine Zoo, a licensed rehabilitation facility for injured animals. The foundation also established the Open Sky Music Festival on the shores of Big Bear Lake in 1997.  Big Bear Lake is the jewel of this rustic mountain town and the Open Sky Music Festival was established to bring cultural tourism to this unique Alpine environment.

The foundation has also supported the visual arts within its local community. High school student Linsay Hafen was commissioned to design the original artwork for the first Blues For the Zoo poster. 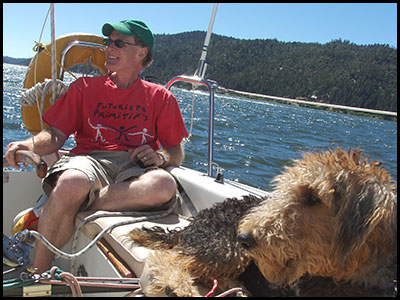 Rick Bates and Nancy Meyer, founders of The Open Sky Music Foundation, Inc. have each spent over 35 years in the music industry. Their lengthy careers include working as artist rights advocates for many important American songwriters and performers.

After graduating from San Jose State University, where Bates ran the Student Program Board, he began his career handling regional publicity for Buena Vista Pictures in San Francisco. He went on to become a booking agent for Mose Allison, Robert Cray and the Neville Brothers among others. He subsequently became a personal manager for several blues artists; John Lee Hooker, Otis Rush, Joe Louis Walker, Lurrie Bell and Angela Strehli as well as rock artists Los Lobos, Violent Femmes and Bob Mould.

Bates now brings blues to the airwaves for his weekly “Friday Night Blues On The Bear” which airs live on KBHR-FM. He is also the Music Director at KBHR, overseeing programming for this modern rock commercial station.  Additionally, Bates is the Director of the Events Resource Office for the City of Big Bear Lake. In this position he works as an official liaison with event promoters for music concerts, athletic competitions, film festivals and charity fundraisers. 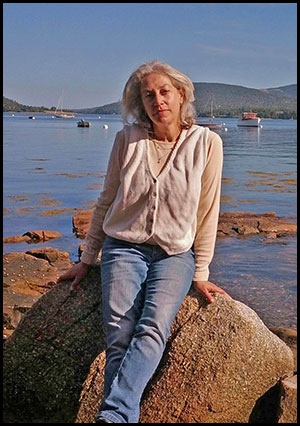 Meyer started working with Chicago blues greats Muddy Waters, Willie Dixon and Mighty Joe Young after she finished her degree in Communications with a minor in Journalism at Northern Illinois University. She traveled the world with these artists and handled all aspects of their careers including; touring, publicity, recording and publishing. Battling outdated agreements that divested many musicians from their royalty rights, she became well versed in copyright research and reclaiming intellectual property.

Together, Rick Bates and Nancy Meyer continue to support, promote and honor the music that inspired them to establish the Open Sky Music Foundation.