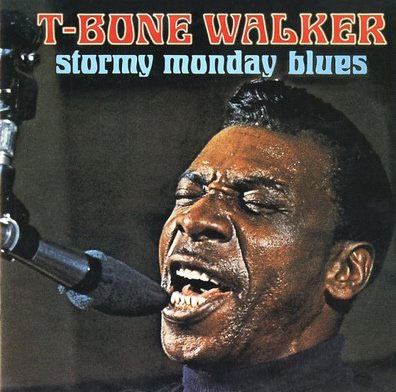 Two T-Bone Walker classics “They Call It Stormy Monday” and “Mean Old World” are covered by Van Morrison on his latest studio project “Roll With The Punches” due out in September. Walker’s composition “Woman You Must Be Crazy” was licensed for the documentary “Dolores,” (an official Sundance selection) about Dolores Huerta, a labor and civil rights activist and one of the co-founders along with Cesar Chavez of the United Farm Workers Union. T-Bone Walker is also featured in the documentary “Evolutionary Blues, West Oakland’s Music Legacy,” produced by The Sarah Webster Fabio Center for Social Justice in conjunction with KTOP-TV in Oakland.

Vocalist/pianist Diane Schuur has a busy July and August with an extensive tour in Italy, July 29-August 8. Schuur will be performing with her quartet at festivals in Avezzano, Reggio Calabria, Rovigo, Corinaldo, Bitonto, Cozensa and Sardinia. She also makes a stop in Naples at the Castle Sant Elmo for a big band concert with friend and Maestro Gerardo Di Lella. Upon her return to the USA, she has a benefit concert at the private Equestrian center, the Menlo Circus Club in Atherton, CA supporting the Vista Center for the Blind and Visually Impaired in Palo Alto (August 11).

Grammy winner Ernie Watts will be touring in Europe this summer with quartet concerts at the Heineken JazzAldia Festival in San Sebastian (July 23, 24 & 25), Festival Internacional de Jazz in La Granja (July 26), with stops at Sa Pablo Jazz in Mallorca (July 31), Jazz In Marciac (Aug. 2) and the Gouvy Jazz And Blues Festival in Belgium (Aug. 4).

Kenny Wayne will take the stage for three shows in Spain July 6-8, including stops in Madrid and Galicia. The pianist then heads back to Canada for a special show at the Tremblant International Blues Festival Blues Festival in Quebec (July 12), a “History Of The Blues” night with John Hammond, John Primer and Diunna Greenleaf. Wayne will be appearing at the Arches Boogie Woogie Piano Stage at the Cincy Blues Festival on Cincinnati’s Riverfront on August 12.

Lonnie Johnson’s lyrics from the composition “Racketeer’s Blues” have been licensed for a book entitled “The Preacher as a Blues Singer.” According to the author, Reverend Bob Gibson, “reading the poetry of the lament Psalms along with listening to the music of the blues, a preacher allows the reader to eavesdrop in on stories of despair and hope.”