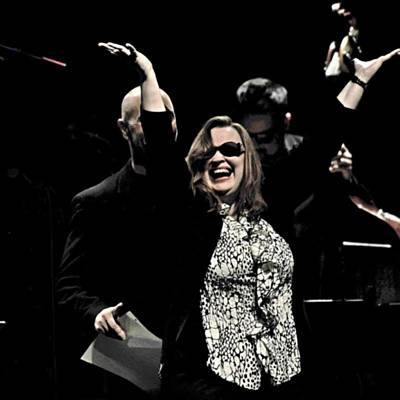 Two Time Grammy Award winner (and four time nominee) Diane “Deedles” Schuur has several theater shows on her schedule for April through June. She appears at the Wallis Annenberg Center for the Performing Arts in Beverly Hills on April 28 and then joins the Coachella Valley Symphony as Special Guest at the McCallum Theater in Palm Desert on May 5. Deedles returns with her quartet to the Smith Center for the Performing Arts in Las Vegas (June 16 & 17) and The Musical Instrument Museum in Phoenix on June 18.

Ernie Watts travels to Austin on May 4 & 5 for a big band performance and workshop at the Westlake Performing Arts Center. A trip to Turkey is on the horizon for Watts, reuniting him with jazz and classical pianist Kerem Gorsev for concerts May 16 – 26. The tour includes concerts in Istanbul, Izmir and Bandirma as well as Ankara where the two will join the Presidential Symphony Orchestra at the CSO Concert Hall. After Turkey, Ernie makes a stop at the Jazz-Rally Music Festival in Duesseldorf on June 3, before heading back to California.

Pianist Kenny Wayne joins forces with the Southern California Blues Society for three shows in the Los Angeles area April 29 – May 1. Wayne will also be conducting a “Meet The Blues” Workshop for the Open Sky Music Foundation on Wed. May 3 at Big Bear Lake Elementary and the same evening performs for a foundation fundraiser at the Black Diamond Tavern in Big Bear, in support of the Open Sky “Blues in The Schools” program. He then headlines Blues On the Bow in Bow Island, Alberta on May 6, followed by concerts in Russia, Spain and Israel May 16 through June 17.

The Memphis Slim recording and composition of “Frisco Bay Blues” was recently licensed for a placement in the NBC network series “This Is Us.” Slim’s piano-swing blues is heard in a club scene during a 1976 flashback road trip to Memphis.

The Sam Pollard documentary “Two Trains Runnin’” is set for a theatrical run in selected cities in May.Bates Meyer handled the music research, clearance and licensing for this music-driven story about the exploration of lost historic blues figures alongside the civil rights struggle of the 1960s.